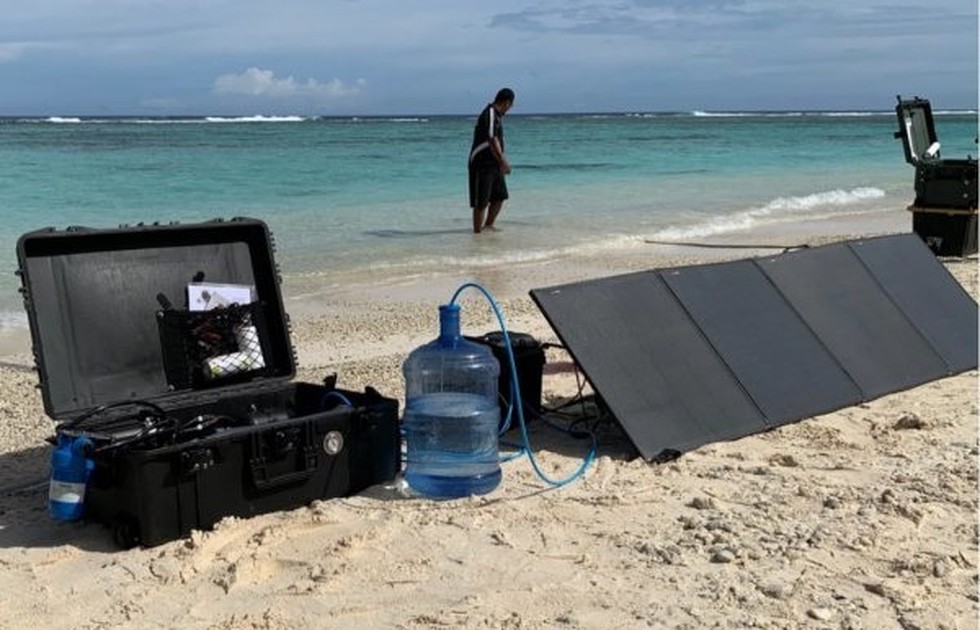 Recently, MIT researchers have developed a portable desalination device, weighing less than 10 kg, that can remove particulates and salts to generate drinking water. The device requires very little energy to work and where its cost is around 50 USD. This device automatically generates drinking water that exceeds quality standards.

Unlike other portable desalination units that require water to pass through filters, this device uses electrical power to remove particles from drinking water. Eliminating the need for replacement filters greatly reduces long-term maintenance requirements. This could allow the unit to be deployed in remote areas with severely limited resources, such as communities where water as a vital liquid is not made safe.

The research has been published online in Environmental Science and Technology.

Commercially available portable desalination units generally require high-pressure pumps to push water through filters, which are very difficult to miniaturize without compromising the energy efficiency of the device. Instead, this device relies on a technique called ion concentration polarization (ICP). Instead of filtering the water, the ICP process applies an electric field to membranes placed above and below a channel of water. Membranes repel positively or negatively charged particles, including salt molecules, bacteria, and viruses, as they pass through. The charged particles are channeled into a second stream of water that is ultimately discharged.

The process removes both dissolved and suspended solids, allowing clean water to pass through the channel. Since it only requires a low pressure pump, ICP uses less energy than other techniques.

But ICP does not always remove all the salts floating in the middle of the channel. The researchers then incorporated a second process, known as electrodialysis, to remove the remaining salt ions.

For the development of this device, technologies such as machine learning were used to find the ideal combination of ICP and electrodialysis modules. The optimal configuration includes a two-stage ICP process, with water flowing through six modules in the first stage and then through three in the second stage, followed by a single electrodialysis process.

The researchers also created a mobile app that can wirelessly control the unit and report real-time data on energy consumption and water salinity.