Which technology areas will have the greatest upswing in 2023?

The high demand for professionals against their supply has increased significantly and this is partly attributed to the evolution of economies and markets. Companies are looking for people who can bring transformation to their businesses by driving them to a more innovative world. There are many digital efforts and for this reason, the use of so-called disruptive technologies such as Artificial Intelligence, Robotics, Big Data, IoT, Cybersecurity, Virtual and Augmented Reality.

However, the shortage of certified personnel specializing in these technologies is creating a great strain on business leaders, and offering talent will have a substantial impact on the global economy. Despite these adverse scenarios, Analytics Insight has conducted research in which they analyzed the evolution of the global labor market, the average salary in countries such as the United States, the United Kingdom, Canada and India, as well as possible skill gaps.

As we can see in the following image, there is a growing labor demand in technologies and services focused on Cybersecurity and Virtual and Augmented Reality. 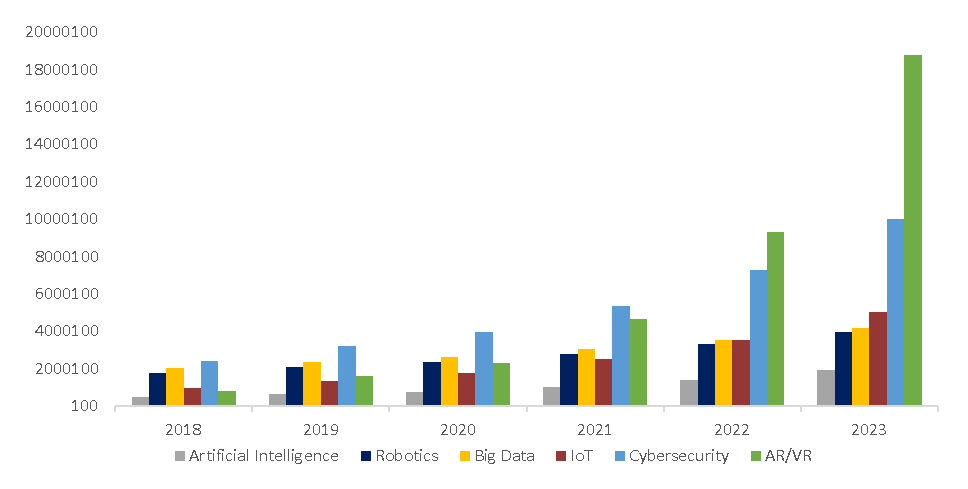 On the other hand, speaking of the salary issue, in the following image we can see that countries have a better remuneration for experts in the field, with the United States being the country with the best salaries for all those qualified personnel. Robotics and Artificial Intelligence are two of the areas of technology that tend to have a better income.

Despite booming labor markets and attractive wages, the skills gap that can drive organizational success and economic growth is the biggest challenge worldwide. This global skills gap is increasing considerably due to a lack of awareness and practical knowledge at the academic level. 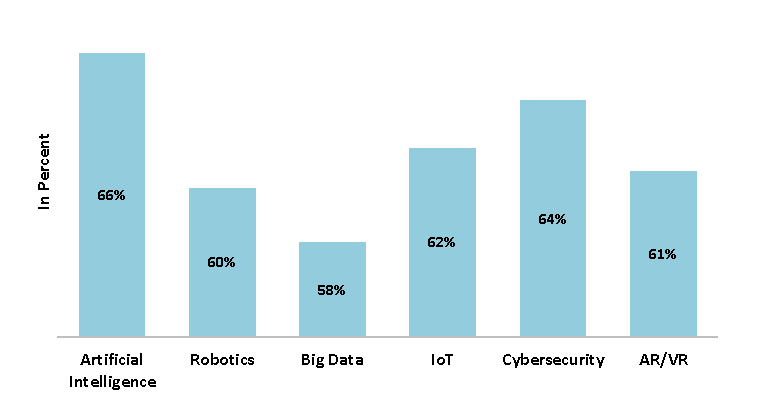